Our February storm caused quite a stir leaving us with no power, no mobile signal and no phone line. The following morning we checked outside; lots of debris, the greenhouse was in tact and just two conifers had fallen at the top of the garden.

We packed a bow saw and headed down the drive, to see if our neighbours were ok, but had to reverse back for the chain saw. I nibbled at the oak lying across the drive, just below the top hairpin, while Sue walked to the bottom. I was still hard at it when she returned to advise there were several more trees she had had to climb over.

We worked our way slowly downhill until we heard the sound of the cavalry to our rescue, two chainsaws ripping their way upwards. A big thank you to Natural Resources Wales for coming to help, having already cleared the bottom lane.

Thanks to BT OpenReach for climbing the poles to replace a hundred metre section of line. Thanks to Scottish Power for replacing several hundred metres of cable – Dewi the farmer had seen the cables on fire with the flames making their way up the hill towards us.

The damage along our side of the valley was immense but everyone emerged unscathed. We were very lucky and we all know our neighbours that little bit better! 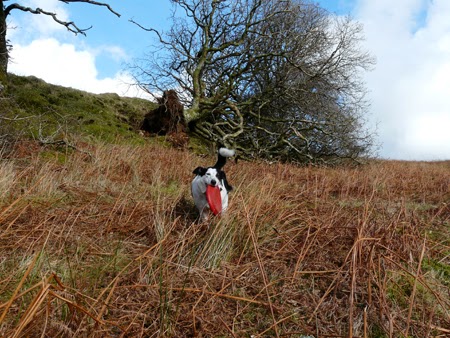